Perhaps you're in the private sector or maybe you're working for government. You're talking with folks on your mobile about a multi-hundred million dollar, share price sensitive investment for your company, or maybe you're discussing a critical national security matter while travelling abroad on government business.

Consider then the latest Israeli mobile interception system on the market since November 2015 called ULIN from Ability Inc. ULIN doesn't need to be in the vicinity of intercepted targets (unlike tactical interception systems such as IMSI catchers), it requires only the mobile device's phone number or IMSI to start the interception, it detects dialling and dialled phone numbers and it provides the location of participating mobile phones. ULIN is a strategic interception system providing remote recording and geolocation of mobile handsets using 2G/3G/4G networks via SS7.

An adversary of your company or your government can now buy ULIN for its own use from Ability Inc, and a range of Ability's other interception systems too. The core system is a dynamic SS7 gateway, connects seamlessly to mobile network multi-capability functional nodes: HLR, MSC/VLR, SMSC/FDA, SGSN and GGSN, plus with the system you can:

So going back to your phone call scenario - how are you going to protect your corporate or government interests against interception from systems such as Ability's ULIN or Verint's Skylock? Buying these systems for your own use against targets won't do anything to prevent the same systems being purchased by your adversaries and used against you.

What do you do if you're in New Zealand, Fiji, Solomon Islands or any other country in the South Pacific? Contact us at ARC Solutions; we are your helpful gateway to securing access to the following: 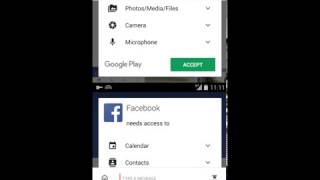